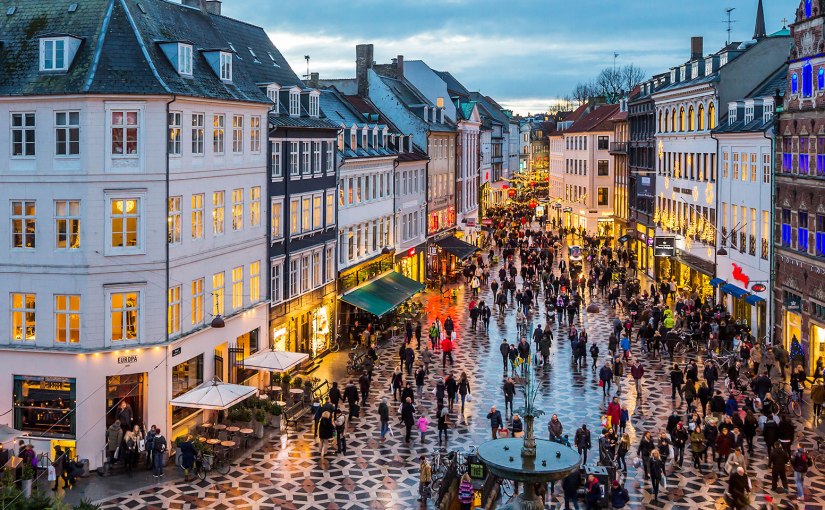 On Monday, I got back from my trip to Copenhagen, and to say my trip was transformative would be an understatement. I’ve long believed that moving away from your hometown is necessary for a person’s development into adulthood, but visiting another country can also completely alter the way you see the world. Seeing how others live who are completely disconnected from the life you are used to can make you reassess the things you feel are important. As I mingled with the people of Denmark, I kind of fell in love with the country and her citizens.

One of the things I loved most about Danish culture is how ingrained fashion is with their self-expression. Not everyone was fashion forward necessarily–monochrome black outfits with white shoes are by far the most common looks you will see–but everyone’s personal style was developed in such a way that people, both men and women, young and old, wore their clothes as an extension of themselves. Coming from America, where many men only like to wear T-shirts and jeans, this was a breath of fresh, cool air.

If there’s one thing the Danes are well-known for, it’s design. The country was at the forefront of the mid-century modern furniture boom that took place from the 1940s to the 1960s. The mentality that drove the movement has never left the spirit of the nation’s people, and as such, design in other industries continues to flourish in the nation, namely in fashion. Copenhagen has therefore become a hotbed for a number of Danish designers that are well worth the effort to check out for those who are in the market for clothes that will turn heads.

A special shout out to Connor from Fishers whom I befriended along the way. Without him, this list may have only been half as large.

If I had to pick, Wood Wood would be my favorite store in Copenhagen. They are pretty well-known outside of the country as a contemporary streetwear label that mixes Scandinavian influences with sportswear. They have done a number of collaborations with other brands both big and small. The store carries not only their own line, but a number of other British, Japanese, and American brands to round out their looks. The vibe is fun and adventurous while the staff is kind and helpful.

Similar in concept to Wood Wood, Soulland is another streetwear label infused with Scandinavian design concepts. There are a couple small differences in that they only sell their own label and that they usually only sell men’s clothes. So while the store is filled with less clothing, it still feels bright and fun. I didn’t spend too much time here, but I really liked some of the designs I saw.

I never would’ve known about this store if Connor hadn’t told me, even though I walked by it about 5 times. The entrance is on a dark building corner and the sign doesn’t really catch your attention. The store is slightly below-ground as well and the inside looks like a second-hand shop at first glance. First impressions aside, Mr. Vibskov has assembled quite a collection for display. His own offerings are a little more avant garde than most of the others on this list, but he mixes in a number of other designer labels like Martine Rose, JW Anderson, and Y-3 to help bring his looks down to Earth.

Truth be told, I had a bad customer service experience with this label a few years back, so I was initially reluctant to give them a second chance. Since holding grudges is not good for your health and the incident happened years ago, I decided to let bygones be bygones and give the designer a second chance. I really love the way he blends smart and sometimes off-kilter textiles with street and athletic wear. You might need to play with the sizing a little to see which ones work the best, but if you’re successful, a new fit from this store will be on-point and fashion forward.

This menswear label functions mainly as a reasonably-priced basics brand, but a lot of their designs tend to cross the thin line between “basics” and “minimalist”. They currently have a few attractive summer knitwear options, one of which caught my eye, but as the only one available in my size had been displayed on a hanger, it was too stretched out for my liking (read: never hang sweaters!). Alas, I did leave with a beautiful pair of smart light blue chinos that doesn’t hold wrinkles, so not all was lost.

Originally conceived as a clever boutique filled with menswear brands, Norse Projects eventually began selling their own line of minimalist pieces alongside brands like Nanamica, Engineered Garments, and Our Legacy. Their namesake label is great for buying quality basics at a reasonable price point. The store then branched off into womenswear and is now a low-key powerhouse in the fashion industry. It is worth stopping in to see the breadth of looks on display. The staff is very knowledgeable and will help you find anything you’re looking for.

Though Acne is not originally from Denmark, my favorite Swedish brand still deserves a visit due to its sizable footprint in the city. There are 4 different branches in Copenhagen: the flagship, the former flagship, the department in Illum, and the clearance store (detailed later). Unfortunately, I never made it to the illustrious flagship, but upon my visit to the former flagship, I was informed by the regional manager that if I, or anyone else, wanted to partake in a complementary personal styling session, I was more than welcome. I ran out of time and couldn’t take her up on the offer, but feel free to ask about it if you’re interested.

This is the only store in this section that I didn’t visit myself. I didn’t know about Ms. Andersen until after I got back and even if I had known earlier, the shop is a little too far from where I was staying to be able to walk. If you find yourself on the west side of the Lakes, it might be worth seeking out her store as her collections are particularly inspired.

While I was out exploring the city, I just happened to walk by this nondescript store and see interesting clothes through the window. After exploring their wares, I got into an interesting discussion with the owner about a very familiar-looking shirt (I can tell you that geeky story if you want to hear it) and the label that made the pair of pants I ended up buying, Goetze. Just the fact that the store carries the small-scale Berlin brand has earned its placement on this list. The rest of the curated collection is icing on the cake.

Illum isn’t too different from the other up-scale department stores you might be more familiar with such as Saks or Neiman Marcus. What I really like is how open and minimalist the store is. They also carry some reasonably-priced brands like the Kooples and Tommy Hilfiger alongside high-end luxury brands like Botega Veneta and visvim. But it’s not just about the clothing; I ended up burning some time at a wonderful coffee shop that had a beautiful view of the city from the top floor. They also have housewares if you have enough room in your luggage to haul it home.

If you’re looking for deals, there are plenty to be found in Copenhagen. Unfortunately, like any good deal, knowing the best stores to peruse requires a little word-of-mouth. Since I was only there for 10 days, I could only find out about a few, but they are definitely worth checking out if you have the time.

This is Acne’s clearance store, where they send all their past-season pieces that didn’t sell. The price reduction can be upwards of 50% which can put a formerly $400 pair of pants in a much more attainable price range.

Similar to Acne Archive, Wood Wood MUSEUM is Wood Wood’s clearance store. What makes this one even better is the fact that, since they don’t sell just their own merchandise, there is a much larger selection of clothes to choose from. I even happened on a sample piece that was still being sold full price in the retail branch. Sure, it’s a size bigger than I normally wear, but it looks good oversized.

I might have eventually found out about those first two stores on my own, but this one would have gone completely unknown if not for Connor. There are plenty of second-hand shops in Copenhagen, but this one is special because they specifically acquire vintage pieces from Italy and France in order to resell them. They have their own clothing line as well that is kind of fun and youthful.

There are a ton of clothing stores in Copenhagen, especially in the Strøget district, and unlike in America, a large majority of them offer men’s clothing. There are so many notable stores that I didn’t have time to go into all of the ones I hadn’t already planned to go to on top of doing the regular tourist things. Some of these brands don’t look to be designer-based while others sell styles that could easily be found in the US, so I was less inclined to inspect them beyond window shopping. Nonetheless, if you are wanting to go through as many stores as possible for inspiration, these could be worth a look as most can’t be bought stateside.

I walked by this store many times but seemed to be in a rush every time. Taking a look at their website reminds me a lot of Dover Street Market with their focus on upscale designers. Might be worth a visit if you have a chance.

Danish-born Sand looks like a fashion forward businesswear brand, at least on the menswear side. Their suits look remarkably like ones you’d see from Thom Browne. If that’s your jam, definitely stop in.

While the clothes from this brand look fine, they don’t seem to be so distinctive that you couldn’t find similar back here in the States. I do like their runway looks though, so they might be worth a visit for some inspiration.

Native North looks fine for what they sell: high quality basics with a focus on the outdoors. That said, their offerings look like stuff you could buy more easily on a site like Huckberry.

If you like my articles, please share them on social media platforms using the buttons below. It will increase my exposure and help more people find me. To see more of my work and keep up with new posts, please click the follow button on the sidebar. Thanks for reading!